The spokesperson of the Mandarin Oriental Hotel Group Luca Finardi takes us on a journey to the discovery of “his” Spa in Milan, inspired by the Feng-Shui philosophy.

In the heart of Milan fashion district there is a Thai soul, as authentic as if it were in Bangkok. On the underground floor of the sophisticated 17th-century Palazzo Confalonieri overlooking Via Andegari you can immerse yourself in a world of its own, leaving the city behind and enjoying the typical Oriental Heritage atmosphere typical of a Mandarin hotel.

«All the 35 hotels connected to the luxury brand created in Hong Kong in 1963 – even considering the countless differences in terms of architecture, cuisine and services for each destination, have in common the same wellness concept, well rooted in the DNA of this hotel group» explains Luca Finardi, General Manager of Mandarin Oriental Milan and Vice President of the Operations Area of the Mandarin Oriental Hotel Group.

«The hospitality and cabin rituals are the same at all latitudes, in London as in Singapore or New York. They are performed exclusively by therapists from the Far East who have been trained specifically so as to ensure an enjoyable experience at all times, thanks to the combination of traditional Chinese medicine and the typical massage therapies of Thai wellness culture, with that extra touch that allows to adapt every treatment to individual needs.

On the one hand, the exclusive Signature Treatments – like the Time Rituals, Oriental Qi, Oriental Harmony, Digital Wellness Escape or Inner Strength, for example: they are actual sensory journeys which result in a full immersion in physical and mental relaxation in less than two hours. On the other, the massages like the Aroma Stone, the Deep Tissue or the iconic Thai, to fully understand – on your own skin, literally – the massage techniques in vogue in and around Bangkok. Whatever the choice, the result is always a moment of pure escape, which made the Spa of the Milan Mandarin Oriental a landmark in the city, and it is accessible also by people who are not staying at the hotel».

When arriving at the Spa, the atmosphere and environment are impressive: two individual rooms, two double suites, plus a cabin dedicated to Thai massages, a Spa suite and the indoor pool (the largest in the historical centre of Milan), for a total of 900 square meters inspired by the Feng-Shui philosophy, both for the choice of materials and for the layout of the area itself.  Fire, earth, metal, water and wood so define neat and minimal lines, enhanced by sophisticated play of lights.  The building is characterized by a decisive architectural character, signed by Antonio Citterio Patricia Viel Interiors, the architecture studio that took care of the whole realization of the hotel.

« The architectural style chosen by the Citterio-Viel duo for the 104 rooms – including 34 suites and junior suites – has a strong residential character, evoking the typical Milan mood.  However, the goal for the spa was to be as consistent as possible with the “parent company” Mandarin Oriental, which, since its establishment in the early sixties  – definitely before its time with respect to the trend that has become increasingly widespread over the last ten years, has always granted space and importance to the aspects of mindfulness and well-being».

«For the Milan project we decided to rely on an Italian company that was able to assert itself on the international scene thanks to its high-quality products, and that is Starpool, which interpreted this brand core value perfectly.  This company realized the exclusive Spa Suite, besides the sauna and steam bath created in the men’s and women’s changing room s respectively. I already knew Starpool due to personal experiences, and I think it embodies three essential factors: incredibly high standards of quality in the choice or raw materials and in design – which in a sauna results in hygiene, prompt and effective support service, and a reputation that precedes it in both the contract and residential sectors.  The choice of reliable partners is crucial for us, especially when it comes to guests’ safety. In a cabin where the temperature reaches 90°C this is critical.

Another example? In the cabin, we use the Mandarin Oriental product line, which was realized exclusively for the Hotel Group with natural and paraben-free ingredients by Aramatherapy Associates, and the Biologique Recherche products».

Interview by Lorenza Scalisi from Exclusivamente.com for Starpool 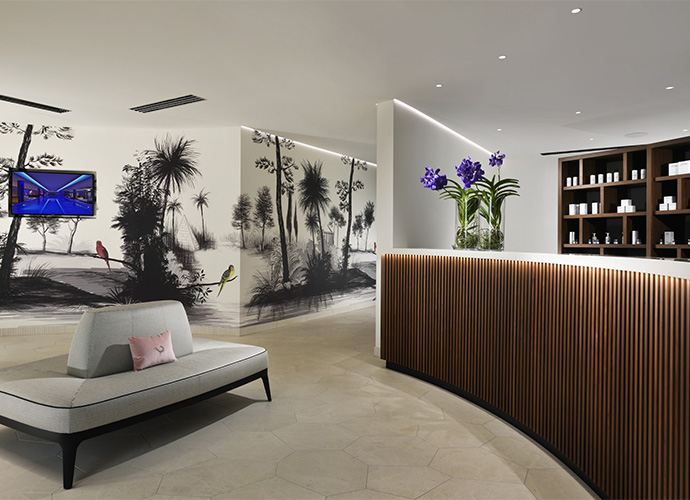 Six months ago, a landmark of the Made in Italy hospitality opened again: Grand Hotel Victoria Concept&Spa in Menaggio, top of the range of the R Collection Hotels, thanks to a super ERRE...
Continue 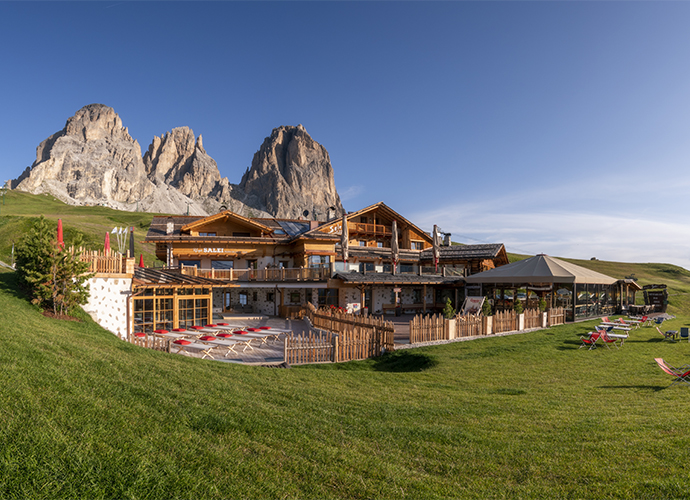 A 4-star classified mountain hut, and above all the only one above 2.200 m featuring a Spa. It is Rifugio Salei, at Passo Sella on the Dolomites. Its creator is Alex Monteleone, a visionary...
Continue